In Partnership with Athleta for International Day of the Girl 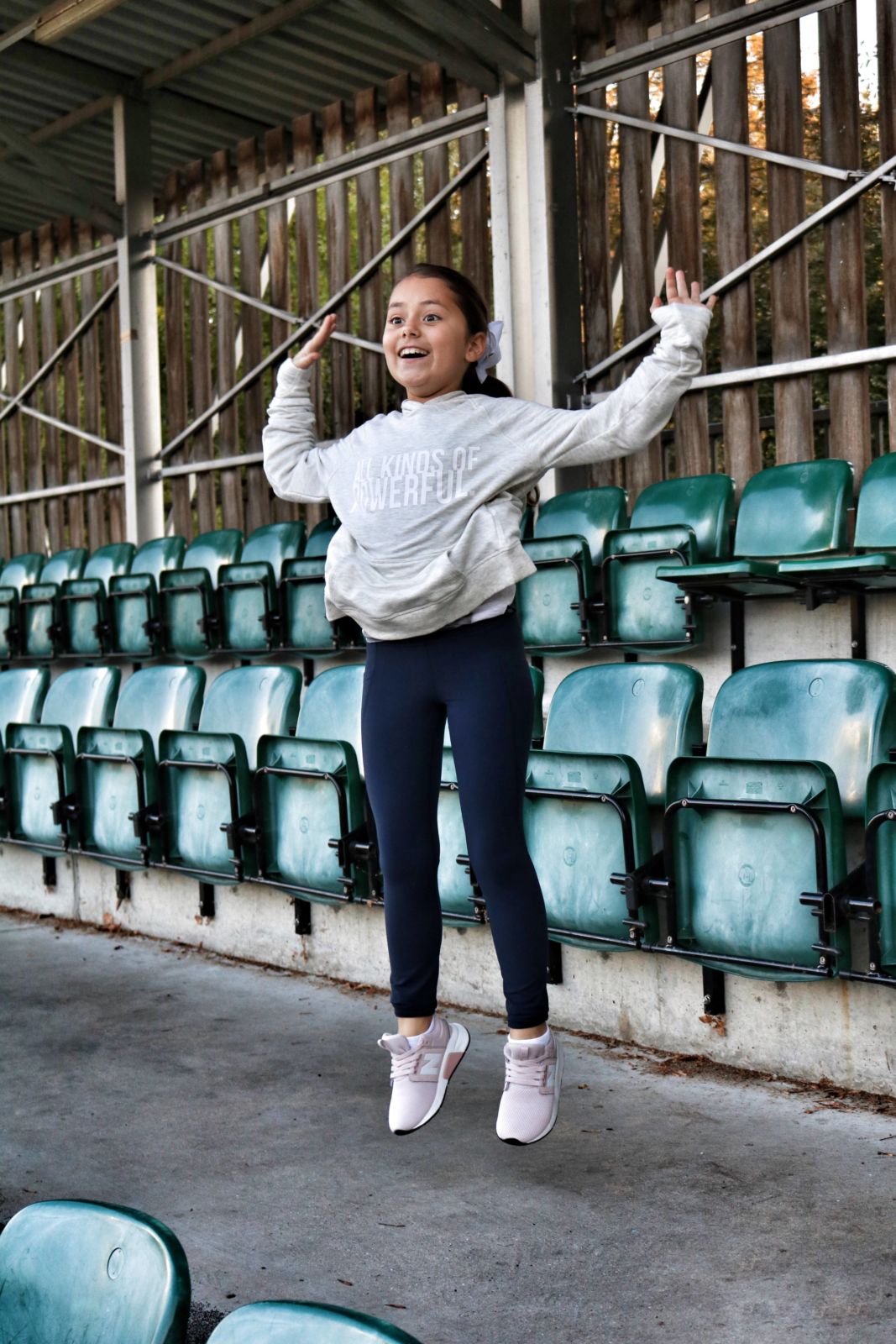 Gigi and I have again teamed up with Athleta, this time for International Day of the Girl to shine light on all the amazing work Athleta is doing to empower young girls. For the next month, Athleta will partner with Girl’s Leadership, an organization devoted to equip young girls with the skills to exercise the power of their voice, on a limited edition “All Kinds of Powerful” tee and sweatshirt.

Gigi has been the smallest in her class since the first grade, which some would find unfortunate, because maybe her legs aren’t long enough she won’t be the fastest or her arms not wide enough to stretch while defending an opponent.  Yet through her lack in physical height she has found strength and power to soar high with the power of her voice. She has never liked being told she is small and cute, because inside she feels big and mighty.

I remember years ago, Gigi telling me, that she really didn’t like when her tall friends in class would pick her up and carry her around the playground because it made her feel like a baby.  Being treated differently to all the other girls in her class hurt her and I reminded her that she has more in control in this kind of situation than her size may dictate, and that by using the power in voice to say this makes her feel uncomfortable .  We discussed how the next time this happened, she was allowed to say ‘stop, I don’t like it and I’m not a baby!’.  This was an important lesson, because just as she didn’t want to hurt anyone’s feelings, she also had to let others know their behaviour was hurting hers.  She has learned over the years to speak up and stand up firmly for what she believes in and never be afraid to state her opinion, making herself  ‘All Kinds of Powerful’.

She is still the smallest, but has risen up and excelled in anything she puts her mind, heart and efforts into. A top ballerina and gymnast in her school, as one might expect due to her size, she has also excelled in sports like tennis, golf, rounders (baseball) and netball (basketball), the latter two team sports where she has found herself to be a team leader

To Gigi being powerful is knowing you are going to do the best you can, every time there is a test or challenge in life, at that is power!  She believes, it’s not whether you win or lose, but that you showed up with a passion for fun, love in your heart and belief in yourself, then you have already won before you’ve even played. Gigi has truly learned to speak up spreading positivity, in situations where others may feel small and inferior to try and make everyone feel special and unique no matter their size or ability.  She told me today, she feels bravest with a smile on her face, with your shoulders back and your head held high. And that her motto is ‘we shouldn’t look at challenges as impossible, rather that everything and anything is possible’.

As a mom, I love seeing Gigi come into her own and become her own person. Feeling confident in her skin, finding her voice, and being a leader in all that she does, that is how she finds joy and power in all that she does. In our family we’re all big supporters of Girl Power and love that Athleta, as a brand, isn’t just functional for all of Gigi’s favorite activities, but also delivers a strong message: You’ve got the POWER! 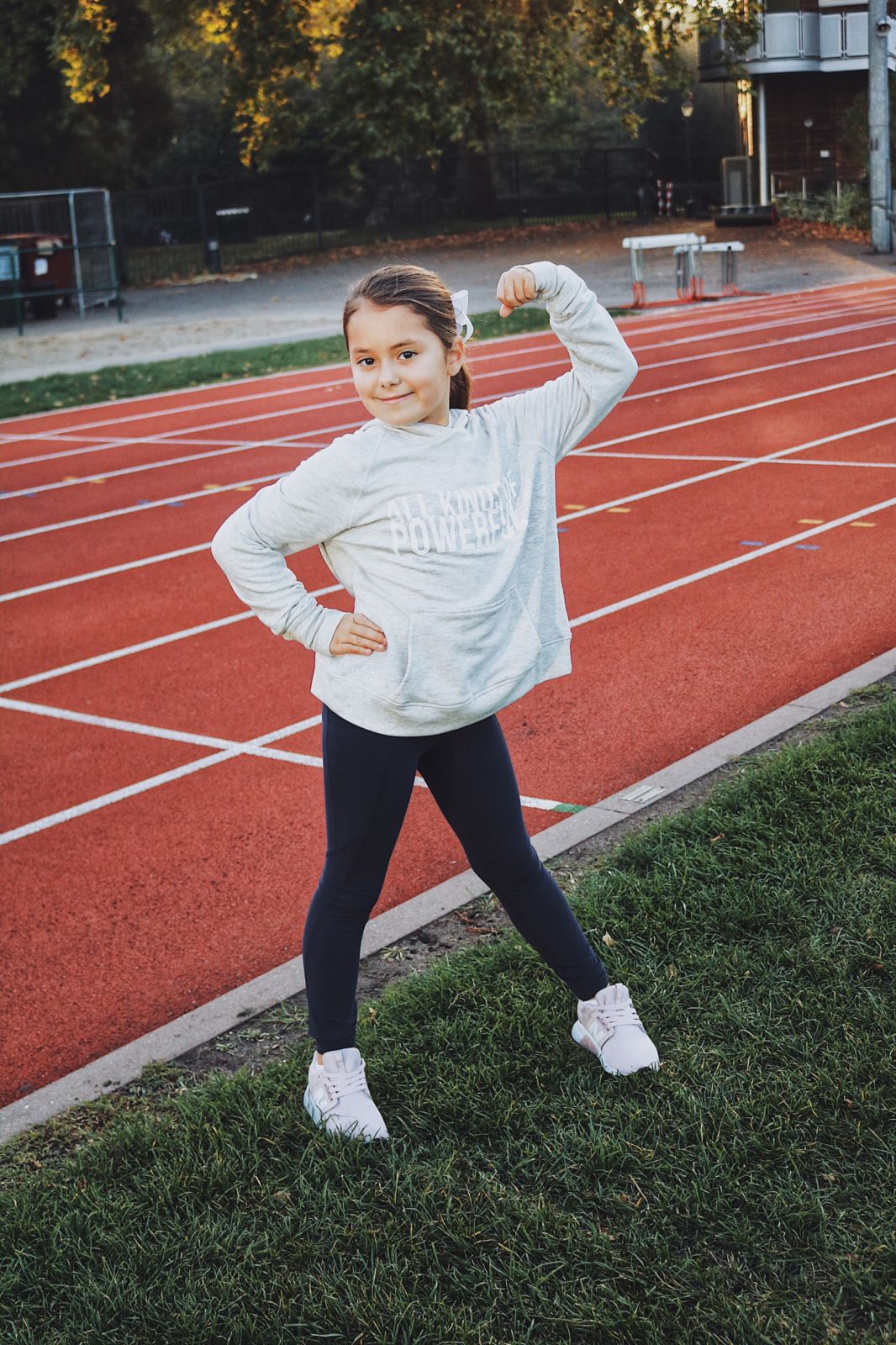 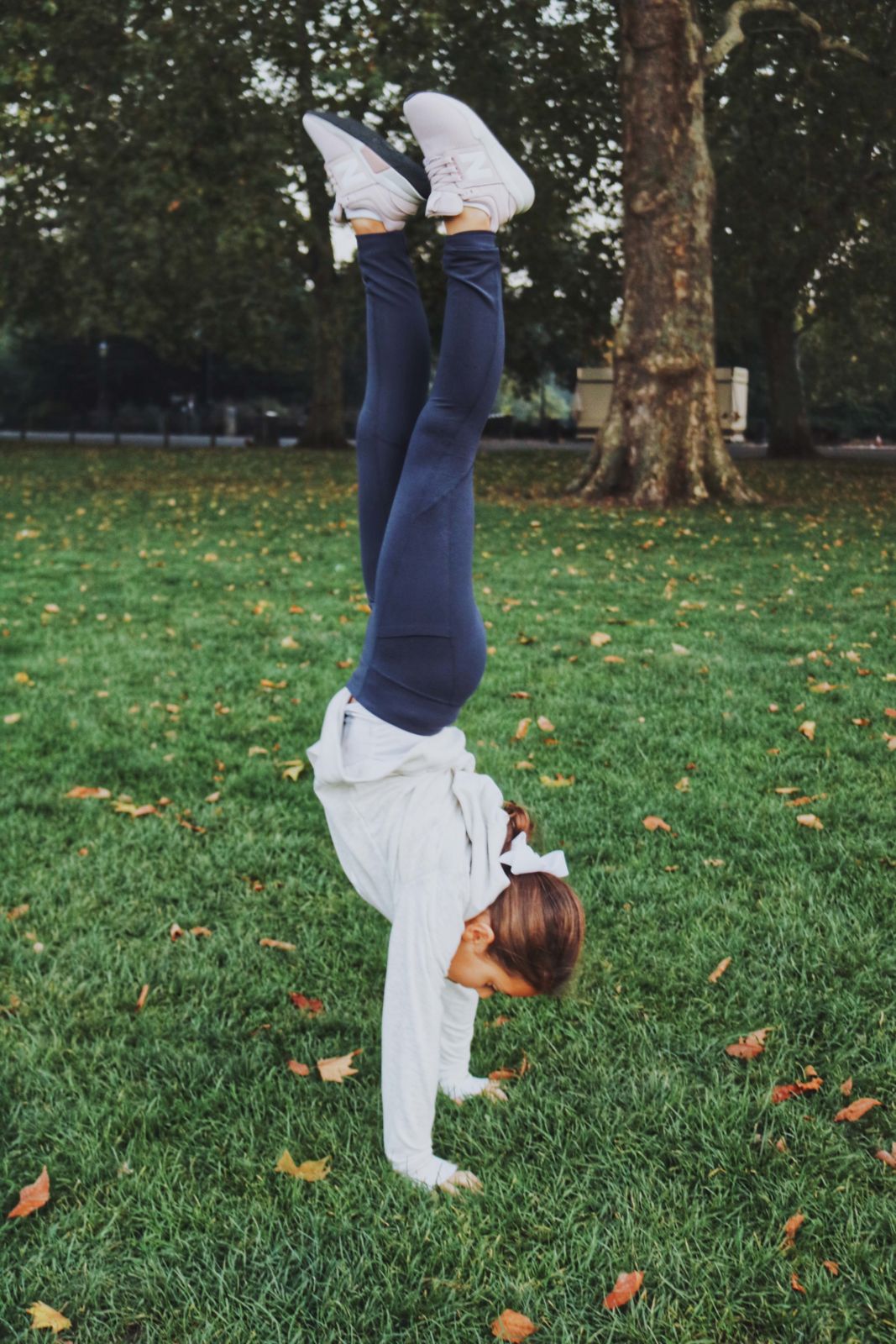 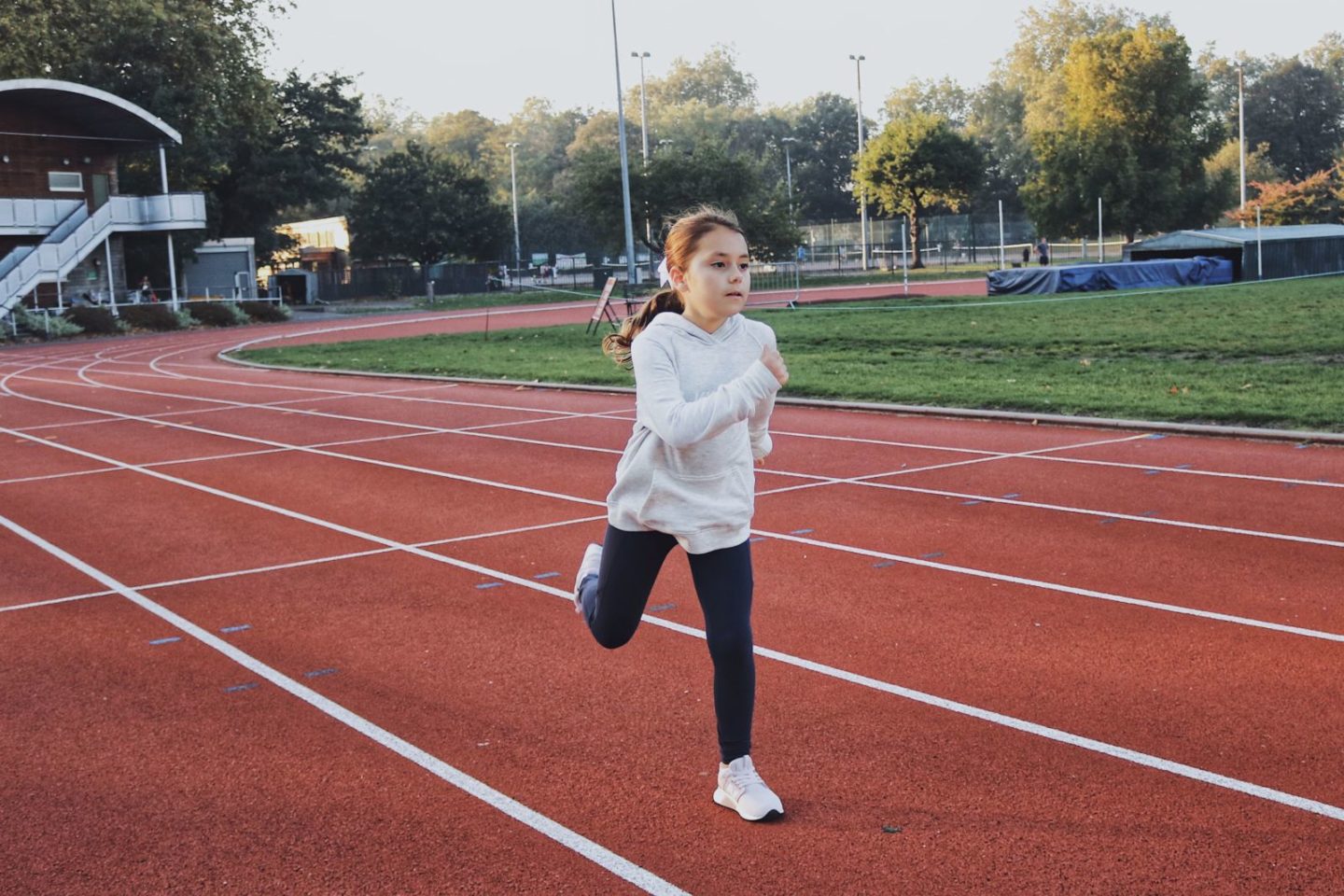 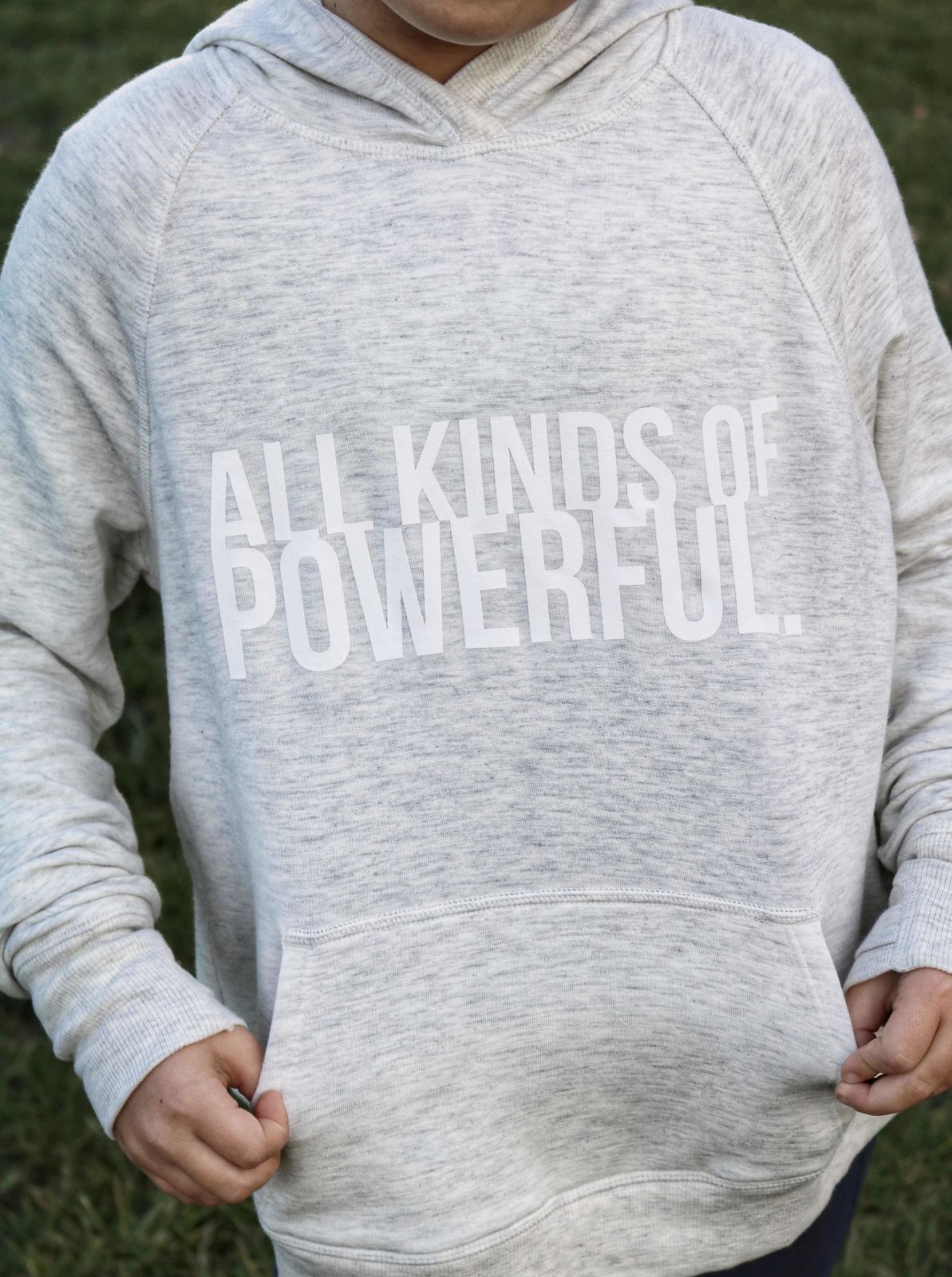 You may also enjoy: 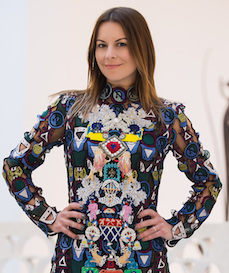 Loving wife, devoted mom, loyal friend, fashion fanatic, stylist, and one of Bravo's "Ladies of London."
"Fashion should be fearless and fun. Life is an adventure. Take risks."